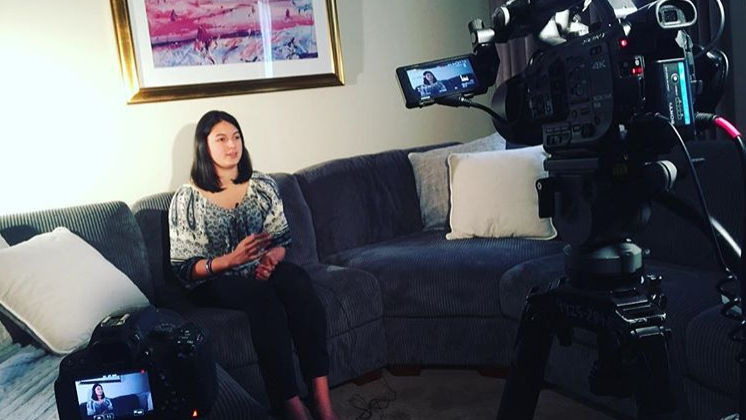 “I am never going to go back to that hospital.”   says 19 years old Samantha.

Says a girl aged 19 sufferer of endometriosis, who was one of those wrongly diagnosed for period pain.

Question: Are most of the people unaware of endometriosis?

Question: Are Doctors and specialists are unable to diagnose and are unaware of endometriosis .?

This is a harsh reality that is hard to accept as most of the doctors are unaware about this condition of women and are unable to diagnose it on an early stage.

According to the report the survey of 1993 of 2102 members of the National Endometriosis Society of Great Britain, there was an average delay of 6.8 years between the ongoing pain symptoms and a diagnosis of endometriosis. (Ruth Hadfleld, n.a)

Whereas in Australia there was almost similar time of delay around 6.1 years was found according to the research by Australian Endometriosis Association. The data of Australian research shows a mean delay in reporting to a doctor of around 1.7 years and then 4.4 years of mean delay between the diagnosis of endo and first report of it (Ruth Hadfleld, n.a)

WHY IT IS NOT DIAGNOSED AT EARLY STAGE PROPERLY ?

Endometriosis is classically defined as the presence of endometrial glands and stroma in outside the uterine cavity. As the definition suggests that confirming the ectopic endometrial stroma and glands in ectopic location histopathologic ally should be necessary for the diagnosis of endometriosis. (health, n.a)

Diagnosis of endometriosis on the basis of symptoms alone can be difficult because the presentation is so variable and there is no pathognomonic symptom for endometriosis in clinical presentation. (health, n.a)

PAIN AND STRESS THAT WOMEN GOES THROUGH WHEN MIS DIAGNOSED FOR PERIOD PAIN :-

Women go through lot of pain when mis diagnosed endo as a period pain. Most cases reflect that it is hard for society to understand what a women is going through . (health, n.a)

Because the basic affect of endometriosis is on women’s internal body parts which cause her pain and stress. So there is no visual sign of pain or hurting on her body which socially is tough for woman to explain. Women in today’s world have even been fired or forced to resign from their job . (health, n.a)

As described by  Sinead a women from the UK , She had to leave her 2 jobs of the receptionist in because of endo and pain she went through. She said that her employers never used to believe her as there was no physical sign of injury or anything . She says that her colleagues thought it was just a bad period pain. (health, n.a)

OTHER FACTORS AFFECTING DIAGNOSIS OF ENDO :-

Other test performed to diagnose endo is ultrasonography. Which helps in identifying pelvic organ abnormalities .It is one of the most common diagnosis technique used for endo diagnosis. (health, n.a)

Ultrasound has a very high sensitivity and specificity rates in the detection of endometriosis (92 and 99%, respectively).Sometimes it can also be a faulty colour grading that leads to mis diagnosis of endo through these reports. (health, n.a)

Moreover , study shows that in most cases endometrial tissue spreads no further than the abdomen of a women . It can cause gastrointestinal symptoms be implanting in the bowel by itself. It may sit atop the cervix, making sexual intercourse excruciating. Which all can lead to slow diagnosis of endo or very slow late diagnosis of it. (Scott), 2015)

This delay in diagnosis gives one chills , wondering how much excruciating pain women suffering through it goes through 24/7. Australian Government has funded 2.5 million dollars for endometriosis research , there’s surely more effort needed to put globally to take get rid of this painful disease and make Doctors and people more aware about it. (NEWS, 2018)

Ruth Hadfleld, H. M. D. B. a. S. K., n.a. Delay in the diagnosis of endometriosis: a survey of. [Online]
Available at: https://watermark.silverchair.com/11-4-878.pdf?token=AQECAHi208BE49Ooan9kkhW_Ercy7Dm3ZL_9Cf3qfKAc485ysgAAAi4wggIqBgkqhkiG9w0BBwagggIbMIICFwIBADCCAhAGCSqGSIb3DQEHATAeBglghkgBZQMEAS4wEQQMf-LgEnUhKT3tgO09AgEQgIIB4WJ6tkMYmgLxMP_LOsHSNPabJ03IkhDn7ZQ_APoXEIHFWq
[Accessed 6 october 2018].

Hey guys, we chatted to @little_brittes, @samanthaherholdt, @blakeshake89 and Samantha about their experiences with endometriosis. Watch the whole thing and tell us something cool! Link in bio 💛 . . . . . . . . #endometriosis #endo #womenshealth #australianwomen #shortdoco #doco #mediastudents #rmit #interview